Magic is a new thing

At its core the magic in a certain realm is a manipulation of free energy. In times past the free energy was scarce, mostly available from inefficient and inconvenient bonfires, unpredictable lightning strikes and an occasional volcano or two. Energy in rivers, tides, stones, plants, animals and humans is too tightly bound to be of any noticeable use, except maybe the slowest, the mildest and the most coincidental of curses. Raw sun is free but shallow - it takes most of the best sunny day to get enough for a simple trick, and it dissipates as soon as the sun disc touches the horizon.

But modern cities are wired up to their figurative ears into electricity, all the time, and not all of it doing anything useful all the time. Lamps, screens, cables, cars are all around, in abundance of tens of thousands lights burning in downtown sunscapers through the night; even in darkest neighbourhoods there are enough power lines and boilers to do a trick or two in a scrap. Even mostly bound to do things, in cities there is still enough free energy in dense enough quantities to do so much more than practitioners of old ever could. You twist the conduit of wires to shape the energy as you wish, you drink from methaphorical vein of the city to power it, and off you go. Do you want to fly, to make people adore you, to heal from any injury short of death? Feel free. The only thing that can stop you is another mage, blackouts or a surprise bullet through the head. Keeping lowish profile is advisable purely out of practical reasons - there are no 'sleepers', no knockbacks from fictional abyss but for any clever screw who flaunts their power too much there bound to be a SWAT team with little understanding of arcane principles but with abundance of bullets and twitchy fingers, and unless you are literally sitting on top of a power plant in full control of it without burning out, you cannot deflect that many slugs. 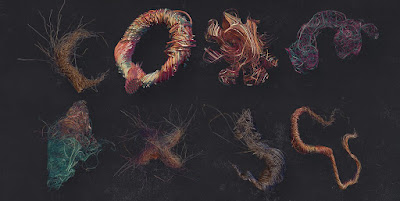 The secrecy about the magic is mostly self-imposed: after all, the more active mages are around you, the less free energy it is for your own use. It a bit like vampires and their masquerade, but with your primary herd as lightbulbs instead of people. You would like the cities to have more unnecessary lights, more flashing screens, more wires everywhere and less efficient engines. Whatever public considers losses are your magical gains.
The nuclear energy is theoretically even more powerful source but, so far, due to its rarity and remoteness of powerplants of this kind, there is no safe, widely known way to extract it without suffering very real and very unhealthy radiation poisoning. A few nuclear wizards do exist, but surviving ones are agglomeration of tumors, sustained by their magic, each staking claims on a precious nuclear power plant as their nest, and all of them are pretty alien to fun-loving modern mages of the cities.
-------
This is just fun thought about inverting a tradition of 'powerful magic of old times'. I guess it is more light-hearted variation to what is going on in Unknown Armies, with difference that in UA the magic of old was powerful in its time but methods by which it was conducted are no longer working and have to be updated, while here the magic of old was never powerful to begin with. Here the magic is, basically, a world hack. In that reality most outgoing mages are probably going to be in Brazil, with its abundance of lightning, and Iceland, with its thermal environment.

I like the idea of mages unwilling to leave cities alike to urbanomancers but having wider range of powers, and of nuclear wizards sitting in their power plants like hens in a coop while being monstrous radioactive liches.
Posted by Kyana at 17:27